Jeremy Corbyn’s response has been to claim that the Home Affairs report is biased and has a ‘disproportionate emphasis on Labour.’

There wouldn’t be a Home Affairs report into antisemitism if Her Majesty’s opposition hadn’t suspended up to 50 members (many of them elected) for alleged antisemitism since you became leader.

If I could add one thing to this substantial report it would be on the rise new Left-wing media sites that have cropped up in the last year. Whilst the criticism of Twitter’s inertia on hate speech is welcome it may have been appropriate to discuss antisemitic narratives propagated in new left-wing media.

The Labour Party now lauds itself as being the biggest left-wing political party in Europe. It has over half a million members; over 300000 of which voted for the current leader in the last internal election. The Labour leadership is rarely shy of refracting its’ low opinion polls towards the huge mandate; yet it cowers and hides from the added responsibilities and issues such a change brings.

From the evidence on social media  – there is a sizeable proportion of the mandate (including elected officials) that have little or no understanding of Jewish history,  Jewish culture and Jewish sensitivities. Jews make up less than 0.5% of the UK population. Nearly half this country will go to their graves having never knowingly met a Jewish person. To many people there is simply nothing more ‘other’ than Jew.

Many new members of the Labour Party became disaffected with The Mainstream Media and began to feast exclusively on alt. left media outlets. Suddenly there was a surge in popularity for more outlets that were exclusively pro-Corbyn and numerous Canary copycat sites appeared. The Canary itself went from being a blog with 10000 subscribers to a news source that regularly gets over 300,000 readers per story, in less than a year.

To demonstrate how new Left-wing media has propagated antisemitic discourse I am a useful case study. I used Twitter rarely and my Facebook feed was mostly constructed from mainstream left-wing political opinion and pictures of new-born babies.  Then Livingstone opened his big mouth and suddenly a flood of very dubious material appeared on my Facebook feed. Over nine years on Facebook and I hadn’t seen anything I would deem antisemitic. I have Muslim friends and others who campaign for Palestinian rights and frequently post on this matter yet never once felt any of this to be antisemitic. Unbalanced? Sometimes, yes. However I knew it was coming from the right place and I also knew that they took care to avoid antisemitic tropes.

This changed overnight post-Livingstone and it didn’t come from people I knew who had previously been vocal about Palestine, it came instead from newly politicised members of the Labour Party who had never, to my knowledge, been actively involved in Israel/Palestine or any Jewish issues until this point.

I followed their journey… 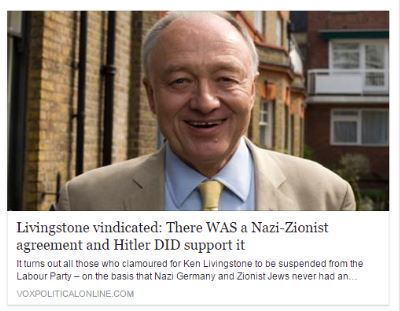 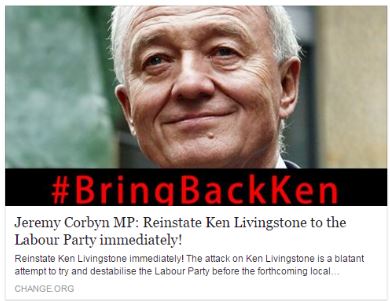 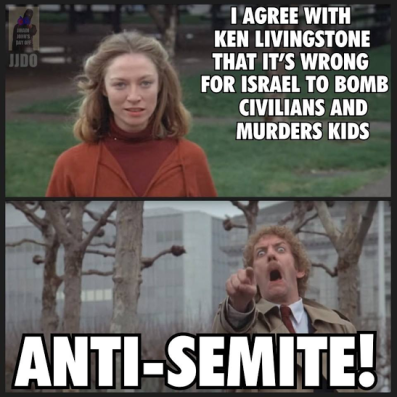 And finally the journey was complete.

“The French government claims it wants to prevent ISIS, a US and Israeli creation, from gaining access to videos of the attacks for the purposes of propaganda.

Richard Gutjahr, who filmed the Nice carnage, is a German Zionist Christian who studied in Germany, France and United States. He is married to former Israeli Mossad agent and Knesset member Lieutenant Dr. Einat Wilf. She is a senior fellow with the Jewish People Policy Institute, an adjunct fellow at the Washington Institute for Near East Policy (WINEP), and a roving global ambassador for Israel Hasbara Committee.

The problem for the Labour Party is that these sites are pro-antisemitism and vociferously pro-Corbyn. They are numerous and growing.

Final example is a new site called Evolve Politics that appeared on my Facebook feed a few weeks ago. As usual it’s pro-Corbyn/anti-Tory/anti-austerity with the odd conspiracy thrown in the mix. It’s a few months old and already has 70000 readers. It is not a conspiracy site yet it posted something that can only be described as a Holocaust denial initiation ceremony. 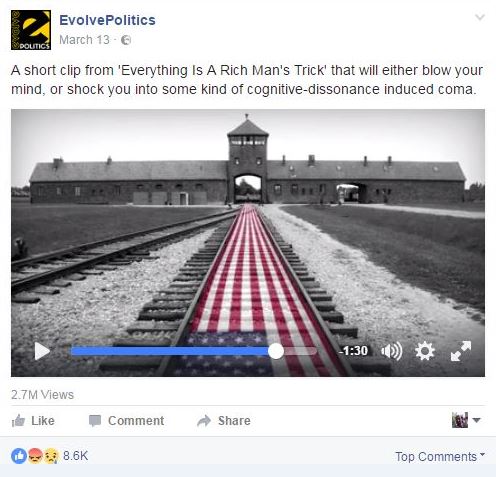 Here it is promoted on new left-wing site Evolve Politics 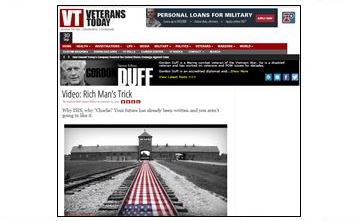 Here it is promoted on Neo-Nazi site Veterans Today.

As Christopher Hitchens deftly put it, ‘These guys will sink all their differences when it comes to the Jews.‘

Is there anything to be done? Possibly. If a site is found to have continual racist material, which is beyond the pale, it should be blacklisted for elected politicians who are culpable if they promote such sites on social media. This includes articles which are not racist but come from blacklisted sites. It may also make alternative media sites think harder about their content. Then again, I might also grow a third testicle.

Even after all the focus on antisemitism a Labour councillor still felt it appropriate to post this two weeks ago:

This is something you’re most likely to find on an extreme-right noticeboard or a David Icke show. Instead of just suspending this councillor it would be worth blacklisting this highly antisemitic site for all elected officials of the Labour Party. Could it be done?

A final thought on the report itself:

The key elements of the Livingstone Formulation are as follows:

To see this in action one need only read the first page of the Home Affairs report: ‘A survey of Labour Party members who joined after the 2015 General Election found that 55% agreed with the notion that antisemitism is “not a serious problem at all, and is being hyped up to undermine Labour and Jeremy Corbyn, or to stifle legitimate criticism of Israel”’